Don’t wait for everything to be perfect before taking action.

As I was swimming laps this morning I was reflecting on some furniture my husband built. As I was thinking about it it occurred to me that my husband approached furniture building the same way he approaches business. It’s also the same way he implements projects, solves problems and basically lives his life. I also realized that we all could learn a lot from his approach. My husband does not wait for the perfect answer or the perfect plan or even the perfect anything. He would rather move forward, learning and adapting as he goes. Because of this approach, he gets things done, solves problems faster and never seems afraid to try things. I realized as I was swimming laps that I had something to learn from him.

Let me tell you the story.

In the fall, we made a last-minute decision to say yes to the deck. We had been talking about it. It was planned. But we hadn’t yet said yes. We don’t know why we felt an urgency to get the deck done but we did. By early December, with the contractors using our fire pit to keep warm, the deck was almost done. (If you believe that the universe looks out for you, I think we felt that urgency but life as we knew it was about to change and we needed to expand our living space). Fast forward to Spring 2020. We had a deck. What we didn’t have was furniture. Suddenly, it felt irresponsible while one business was dying and the other holding steady but no longer growing to spend thousands of dollars on furniture for the deck. My handy can do anything he sets his mind to husband, was looking for ways to get away from his desk and suggested he make our furniture. I found affordable cushions at Ikea and Shawn researched plans.

I told Shawn what I wanted and with a measuring tape in hand, he gave me a rough idea of where it would go and fit. We were going to build an L shaped couch and a chair for the upper deck. With the general plan, I ordered cushions from Ikea in early May. They advised 6 weeks until delivery. 6 weeks!? How would this impact our plans? For Shawn, this was not a problem. We had the measurements of the cushions and that is all he needed. He would order the wood and make the furniture. His plan? By the time the cushions arrived, we would have seats! That is Shawn… always moving forward.

If it had been me… I would have waited for the cushions.

Off he went to build furniture. He had no plans, no cushions. Just measurements, a general idea and enough knowledge and research to start. He made a rough sketch on a piece of wood and turned on the saw. He wasn’t sure how to do the corner of the L but he would figure it out as he built. He built the short side. He built the long side. He proudly showed his work to me. All that was left was to build the corner and put on arms. I looked at them and suggested we didn’t need a corner. Quite honestly, they looked good and corners are just wasted space anyway. Just like that, Shawn moved from and L to a 2 seater and a 3 seater. He adjusted. He made arms, he stained them and voila! We have seats. We still didn’t have cushions.

June 30, 8 weeks after the initial order, many phone calls, chats and a lot of frustration with Ikea. The cushions arrived. I can’t wait to put them on the seats! But … they don’t fit! We have too much cushion and not enough seat! How? I can’t even bare it to tell Shawn.

I find a measuring tape and measure the cushions… 24″, the top of the seat, 48″. So why will it not fit? The arms! The arms were attached on the seat and are taking up 3″ of seat. Of course! The last-minute change/modification changed the overall design. I was freakin out. Shawn just had to think. The next morning… he gave me three options. All of them will work.

By the end of the day on July 1st, the arms are off, the spots are sanded, the touch-up stain is complete and … the cushions are on. I’ll use my seats like this for a couple of weeks and if I really want arms. He will make new arms. After that, if I really don’t like them, he’ll make new seats.

This is a great example of how Shawn runs his business. He doesn’t wait for things to be perfect. He does enough research to make educated decisions and then he moves forward. He knows that he will hit obstacles he can’t anticipate. He knows that his clients (me in this example) will change their minds. He knows there will delays he can’t control (Ikea). He knows he will learn the most while he is moving forward because, at the moment, he doesn’t know what he doesn’t know.

If we had waited for the cushions… we might not have hit the same obstacles but we wouldn’t have seats on July 1st. We would only have had cushions.

What did I realize in the pool this morning? I like perfect. Perfect is holding me back. I need to do enough research to move forward, to make an educated move. But then I must move. I can’t think of every hiccup, every challenge, or even worry about what if’s. All that is creating worry, fear and I’m not moving forward fast enough.

Let’s learn from Shawn. Let’s move forward knowing that we can always fix and adjust as we go. Worst case… we start again.

“Successful people don’t wait for everything to be perfect to move forward.”

The goal of every entrepreneur is to build a successful business. But that often leads to an overwhelming amount of time spent, which means self-care regularly takes a backseat to career care. If you’re looking to take your business to the next level but aren’t sure how to manage it without giving your life over to your life’s work, you’ve come to the right place.

Sign up for details on upcoming events plus systems and process tips to raise your game. 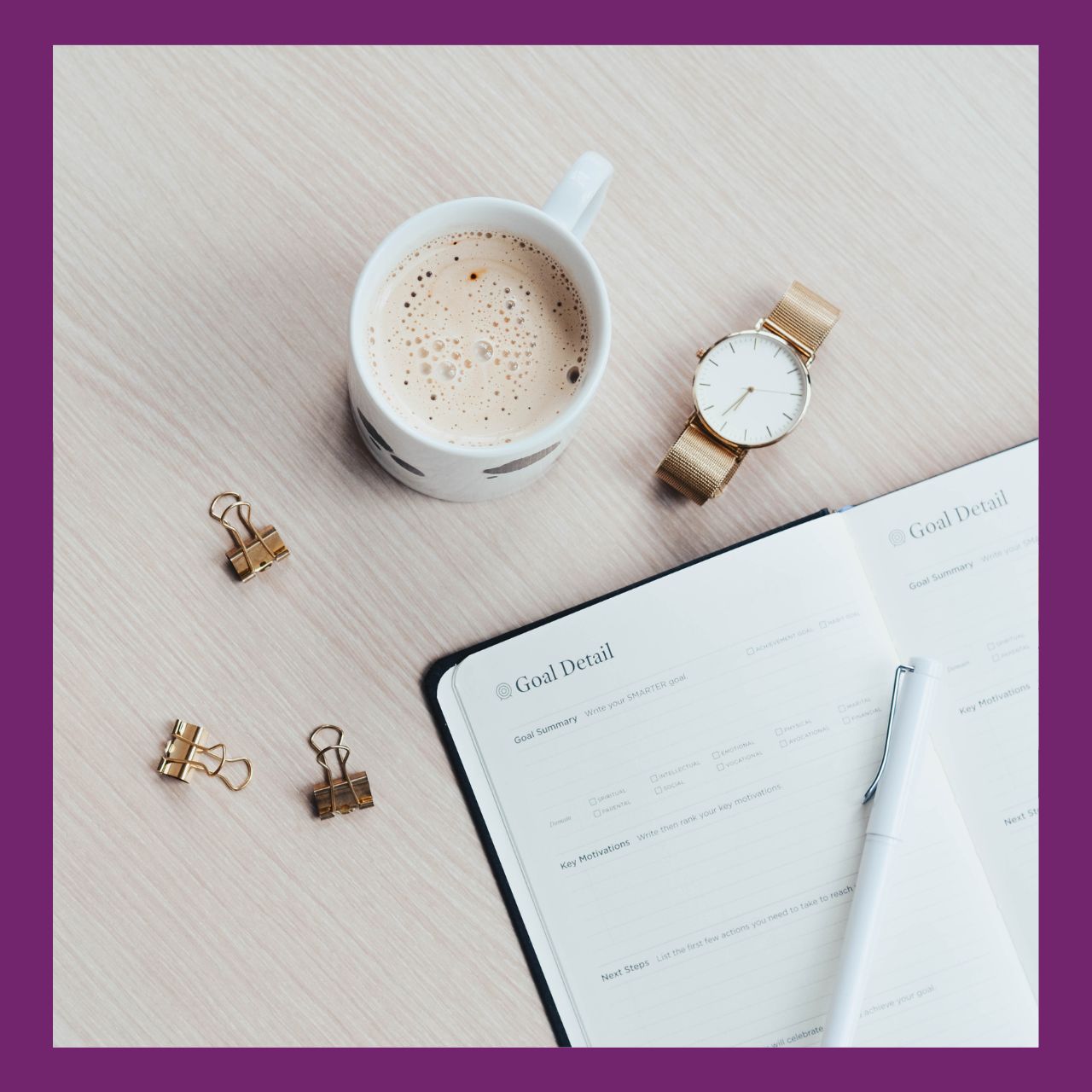 The Key to building a better business while learning to live your best life is to create a plan that allows you to do both.

If you want to know how I do my annual planning, download my agenda here.